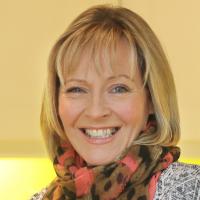 Randa Troughton, from Hillsborough, shares her experience of surviving breast cancer to encourage women to be breast aware and to go to their GP if they experience any symptoms.

Randa, a nurse who is in her mid-40s, was diagnosed with breast cancer in late 2004 just months after she got married.

Randa said: “I considered myself to be very active, enjoying running and going to the gym, and felt that my general health was very good.

“In the autumn of 2004, I noticed a lump and had some localised breast pain. I felt something wasn’t quite right and although at times the lump was very difficult to feel, I knew it was there.”

Concerned about what this could mean, Randa sought the advice of medical professionals.

“I remember being very worried when I first noticed the lump, and to be honest I was in a bit of denial, hoping it would go away. I thought I was too young for it to be anything sinister, but knew I had to do something about it.

“I went to see my GP and from there I was referred to the Belfast City Hospital breast clinic. I had an examination, a scan and a biopsy, which unfortunately showed cancerous cells. Further scans showed pre-cancerous cells throughout my breast, and post-surgery investigations revealed that it had spread to one of my lymph nodes.

“The news of the diagnosis, and then hearing that the cancer had spread, was shocking – I was told that everything would have to be removed.”

Although Randa’s diagnosis was overwhelming, she knew she had to be strong.

“I coped by just dealing with things in small bits; I tried not to think too far ahead, taking it stage by stage. I was given the option of reconstruction at the time of surgery which made it easier for me to deal with the changes to my body.

“In November 2004 I had a mastectomy, my lymph nodes were removed and I underwent the reconstruction using my stomach fat, muscle and skin. This was followed by chemotherapy and radiotherapy. I was then prescribed medication for five years to reduce the risk of breast cancer coming back.

“I was very lucky to have support of my husband and extended family to help keep my spirits up.”

‘If you think something is wrong, although it could be nothing, get it checked, and the earlier the better!’

Eleven years on, Randa is sharing her story to showcase the importance of being breast aware and of early diagnosis.

“Being breast aware means knowing your own breasts and being aware of what changes to look out for. You can become familiar with your breasts by looking at, and feeling, them in any way that is best for you, for example in the bath, shower, or when dressing.

“I’m very grateful to all the people who helped along the way, especially to my surgeon who did a great job on my reconstruction, which has made things easier to deal with. Although I have a bit of lymphoedema, a condition that causes swelling in the body's tissues, it is now well controlled and I have continued physio support if needed.

“My cancer diagnosis was not what I had planned, but I have accepted it and now it’s just another part of my life – I don’t let it get in the way of my enjoyment of the things that matter.

“Earlier this year I got involved with the Lagan Dragons boat team which was set up to support and encourage women with breast cancer to exercise and promote breast cancer awareness. We are the first breast cancer survivor Dragon Boating team in Northern Ireland and have recently competed in the 2015 Dublin Regatta. It is really great to have something positive to focus on.

“I still work as a nurse for the Belfast Trust, which I really enjoy and I get to help others. I can still do what I want to do and I am enjoying the new challenge of paddling with the Lagan Dragons.

“My advice to other women would be: whatever the symptom, you know your own body – if you think something is wrong, although it could be nothing, get it checked, and the earlier the better!”